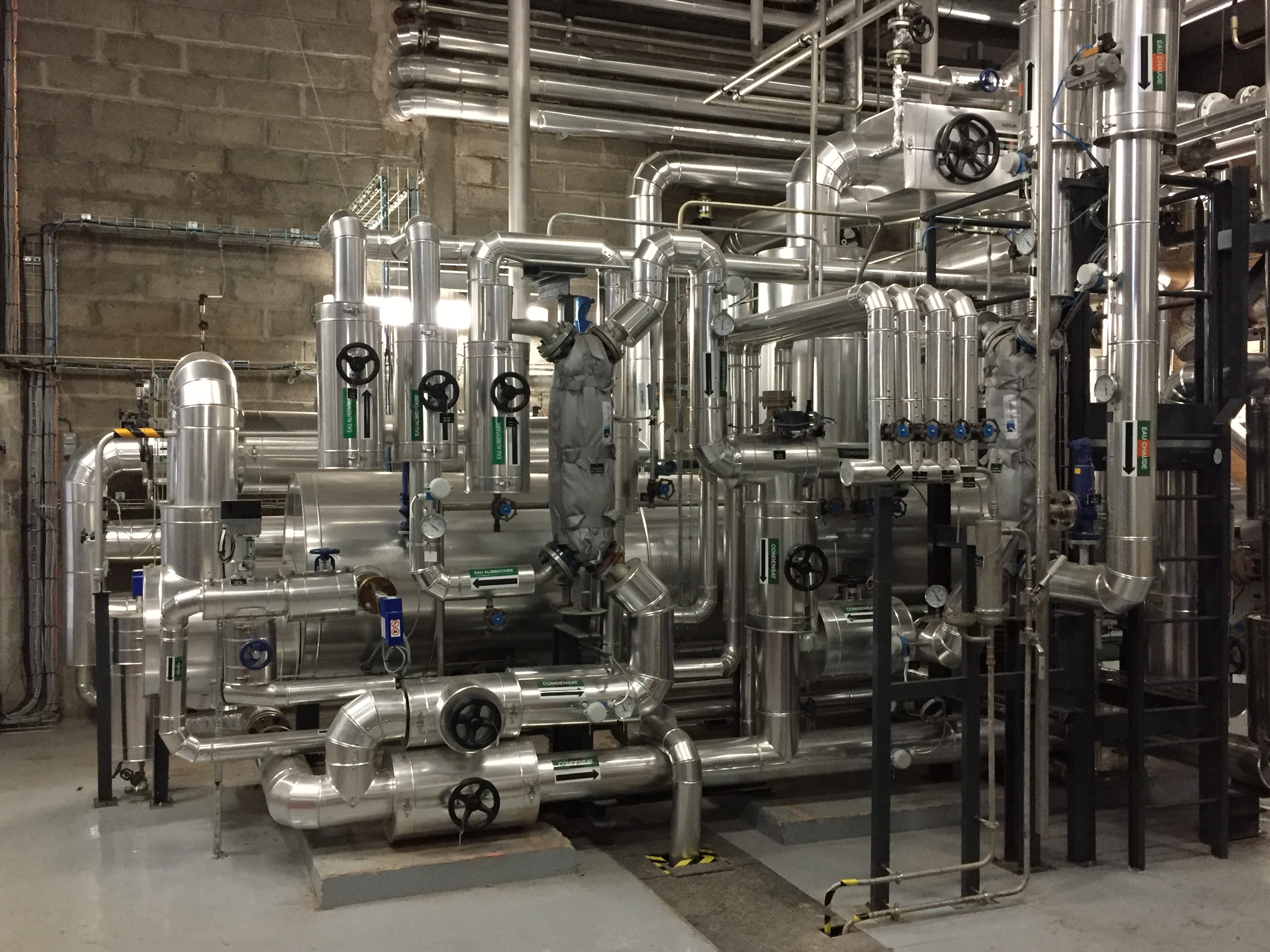 Capturing Steam to Save Energy

Avoided costs by not investing in new boilers.

The industrial sector accounts for approximately half of global energy use and produces approximately 1.3 billion metric tons of greenhouse gas emissions annually.i,ii Manufacturers can manage their energy consumption and waste production, as well as associated costs and environmental impacts, by improving the efficiency of their facilities and production processes.

Capsugel designs, develops and manufactures a wide range of innovative dosage forms for the biopharmaceutical and consumer health and nutrition industries.

Manufacturing hard capsules is an energy-intensive process with energy costs representing a significant portion of the total cost.

The city of Colmar has two incinerators for burning non-recyclable waste. Steam produced by these incinerators is used for heating public buildings and social housing. During mid-season and summer, steam from the city’s incinerators is not required and is discharged into the atmosphere.

Capsugel identified an opportunity to use this steam – which otherwise would be wasted – for its own consumption. Working closely with Engie-Cofely, the site maintenance contractor, Capsugel developed a ground-breaking vaporisation unit capable of converting city steam into site steam for its manufacturing facility. In parallel, Capsugel collaborated with the French government environment agency ADEME and the city of Colmar to connect the city grid to Capsugel and signed a ten-year contract.

The Colmar Green Steam project generates environmental, social, and economic benefits for both Capsugel and the Colmar community.

Capsugel is continuing to focus on innovative, environmental sustainability projects at the company.

Capsugel began participating in KKR’s green program in 2012 and is communicating results for the second time. For more on Capsugel’s sustainability efforts, visit its website.