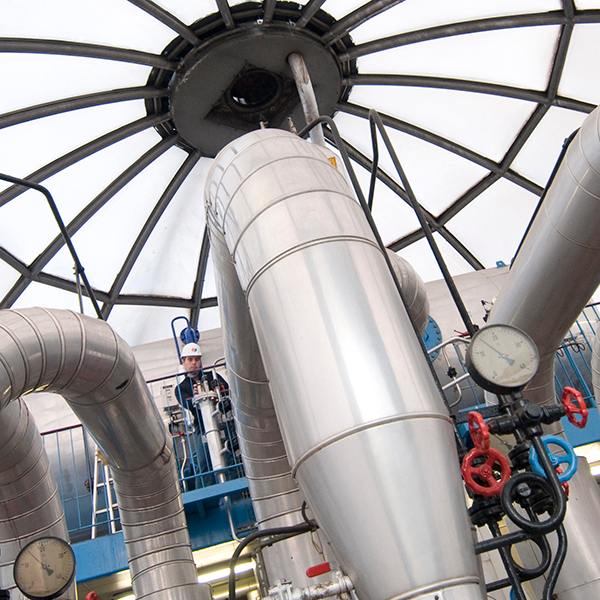 Renewable energy is forecasted to reach 57 percent of company’s total energy production by end of 2016.

Worldwide, the trend of switching to less carbon-intensive and renewable energy is growing. In order to make this shift, communities need access to dependable clean energy sources. Conventional methods of heating residential and commercial spaces use fossil fuels that are inefficient and resource intensive.i Heating networks powered by renewable energy sources can help reduce environmental impact, while still providing heat to customers.

Coriance operates a portfolio of regulated district heating concessions in France, under which it supplies heat to residential, social, and commercial buildings, and sells cogenerated electricity to state-owned utility EDF.

Coriance’s mission is to build and operate district heating networks under public services contracts with municipalities and cities across France. These networks offer an alternative method of heating to customers in municipalities and cities by serving district heating concessions. Coriance relies on green sources such as geothermal energy, biomass energy, and heat recuperated from incineration plants, which reduces greenhouse gas emissions from fossil fuels. In addition to focusing on alternative energy sources, Coriance refurbishes its networks over time to repair water leaks and thus reduce the water consumption and the use of water treatment products.

In addition, Coriance took part in the COP21 dialogues in Paris in 2015, during which the company highlighted its efforts to provide renewable, low-carbon energy.

Overall, Coriance has increased profitability and improved its environmental impact. Due to its work to provide renewable energy, the company has enhanced its business, including by extending the term on many contracts. Additionally, the company’s goal is to win public tender processes for new and existing district heating networks, many of which require that the solution must be based on renewable energy. Coriance has capitalized on this growing demand and has earned new business through its technical capacity and experience in renewable energy.

Renewable energy production has increased from 40 to 50 percent of Coriance’s total energy production during the recent years and is projected to reach 57 percent by end of 2016. Among other projects, Coriance completed the drilling of six geothermal wells across the sites of Meaux, Chelles, and Fresnes, completed the construction of wood boilers at Bondy, Les Mureaux, Auxerre, and Dijon, and overhauled old sections of networks at Dijon and Mont Saint Aignan to effectively cut network leaks and heat loss in half.

As environmental solutions remain core to its future business, Coriance will continue to evolve with the market. One key area of exploration is the optimization of heat production and distribution networks to minimize network losses and thereby reduce primary energy consumed on the production site.

In 2016, the company plans to build wood boilers in Mont Saint Aignan and Briançon and drill three additional geothermal wells, located across Blanc Mesnil and Ris Orangis. Through these additions, Coriance anticipates its renewable energy mix will grow to 57 percent in 2016 and 66 percent in 2017.

In May 2016, Coriance (in partnership with IDEX) won the contract for the network of Clichy – a very large heating network adjacent to Paris. When in production, the heat will be supplied by recovering energy from various incinerations plants located nearby.

In addition to focusing on the environmental impacts of its core business, Coriance has recently committed to greater energy efficiency in its internal office operations through its ISO 50001 certification. Coriance continues to seek additional environmental gains while increasing its total number of contracts and profitability.

Coriance began participating in KKR’s green program in 2015. KKR exited its investment in Coriance in 2016 and this is its last report through the GSP. KKR thanks Coriance for its contribution to this program. For more information on the company’s efforts, visit its website.