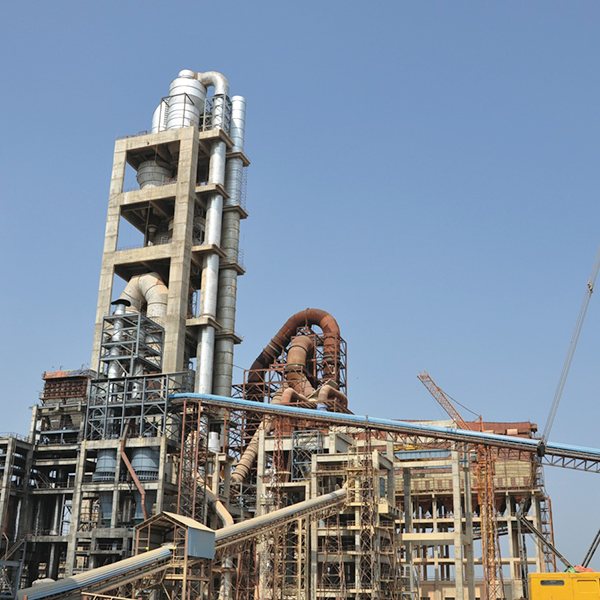 Reduced excess air in Ariyalur cement production facility so that energy is not wasted.

Avoided $46.6 million in costs due to cement production efficiency improvement since 2010.

Avoided 39,000 metric tons of GHG emissions due to captive power plant improvements since 2010.

Manufacturing cement is energy-intensive because of the significant heat required to produce it from raw materials. Producing a ton of cement requires 60-130 kilograms of fuel and 110 kWh of electricity, which together generate nearly one metric ton of greenhouse gas (GHG) emissions.i

Dalmia Cement (“Dalmia”) is one of the largest cement producers in India with installed capacity of 24 million tonnes. Strategic acquisitions, mergers, and greenfield installations have helped the company to mark new markets and strengthen its presence in existing markets in India. Dalmia Cement is a member company of the Cement Sustainability Initiative, United Nations Global Compact, and Caring for Climate initiative of United Nations. Dalmia’s key drivers for continual performance improvement include a desire to manage energy costs, be prepared for future regulations, and be a responsible business through voluntary actions.

Since 2011ii, Dalmia Cement has measured and managed energy consumption in its production facility at Ariyalur. In 2014 and 2015, the company implemented the following practices to improve efficiency:

In 2014, Dalmia Cement continued to actively measure and manage energy efficiency in its captive power plant as part of the Green Solutions Platform. This work included improving the efficiency of power production, which is measured in heat rate (kcal/kWh), and the use of auxiliary power. In 2014, the company implemented the following practices to improve efficiency:

In absolute terms, GHG emissions resulting from auxiliary power use in the active power plant have increased approximately 13 percent compared to a 2010 baseline due to increased production. Over the same time period, efficiency has improved by approximately 24 percent (GHGs/volume of energy produced) at the captive power plant. This improvement in efficiency has allowed Dalmia to avoid approximately $578,000 in costs and 9,100 metric tons in GHG emissions since 2010

In absolute terms, GHG emissions from the captive power plant associated with power generation increased an estimated 48 percent since 2010 due to an increase in production. Over the same time period, efficiency improved by 6 percent (kcal/kWh). As a result of this efficiency improvement, Dalmia was able to avoid approximately $2.9 million in costs and 39,000 metric tons of GHG emissions since 2010.

iii Reported numbers are rounded and may not produce the same results when used to analyze percent changes or total impact. See methodology section for description of avoided and efficiency calculations.

iv In 2015, consumption of lignite coal was added to the analysis, starting with 2014. Therefore, 2014 results have been restated to account for this additional coal consumption.

v Reported numbers are rounded and may not produce the same results when used to analyze percent changes or total impact. See methodology section for description of avoided and efficiency calculations.