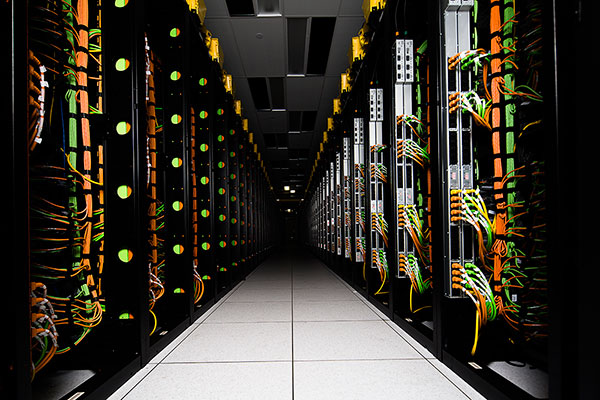 As the world becomes increasingly interconnected, more data is being generated and there is a growing need for data centers to handle, store, process, and analyze that data. In 2015, data centers accounted for approximately 3 percent of global energy use, and this figure is expected to triple to 9 percent by 2020.i As a result of their significant energy use, data centers are a growing source of greenhouse gas emissions (GHG). Global emissions from data centers are expected to reach 360 million metric tons of GHGs by 2030.ii Companies with a significant data center footprint have an opportunity to reduce their environmental impacts through energy efficiency initiatives.

GoDaddy is one of the world’s largest technology providers dedicated to small businesses. Because its business depends on managing and storing data, the company focuses on optimizing its data and technology centers. In addition, GoDaddy requires a significant number of employees to develop the software, maintain equipment, and provide customer support, and these employees need a comfortable and productive work environment.

GoDaddy has been focused on eco-efficiency in its facilities for many years and began partnering with KKR’s Green Solutions Platform (GSP) team in 2015. GoDaddy is working to enhance its operational capabilities while minimizing its environmental impact at its Global Technology Center in Tempe, Arizona, and its owned primary data center facility in Phoenix, Arizona.

The Global Technology Center has the following environmentally beneficial measures already in place.

In 2015, GoDaddy has taken or began evaluating a number of actions to enhance the Phoenix, Arizona’s data center’s performance and associated impact.

In 2016 and beyond, GoDaddy is considering additional opportunities to improve energy efficiency and performance. These opportunities include:

GoDaddy began participating in KKR’s green program in 2015 and is communicating results for the second time.