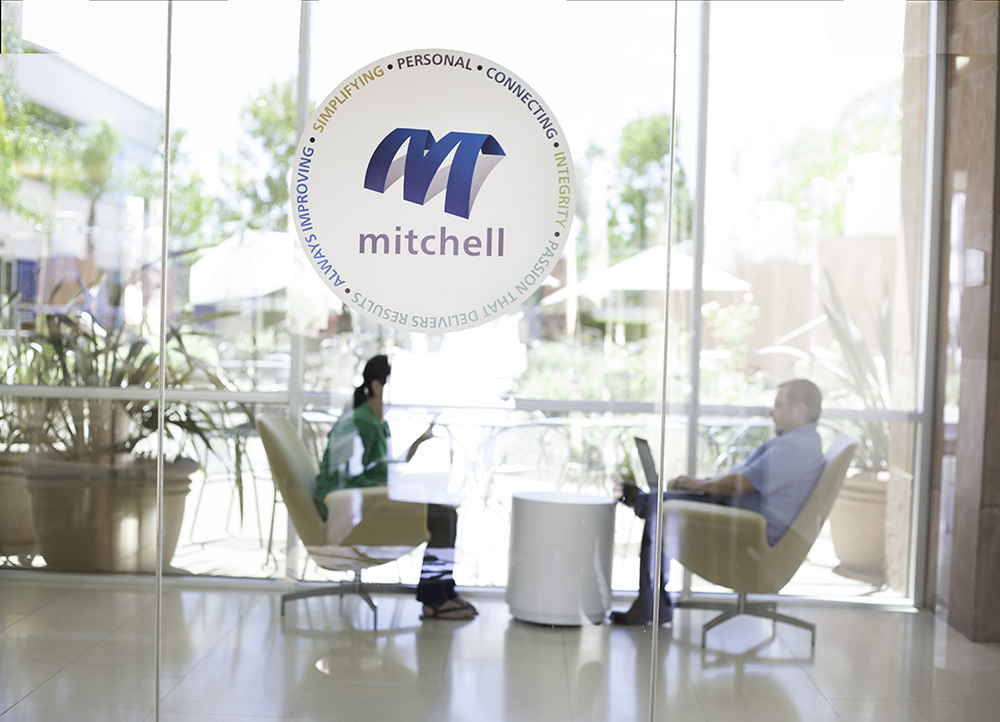 All data and information in this case study are as of December 31, 2016, unless otherwise noted.

Commercial buildings in the United States use more electricity than any other form of energy, and that percentage is increasing, according to a new analysis from the 2012 Commercial Buildings Energy Consumption Survey (CBECS) released in 2016. According to the report, electricity accounts for 61 percent of total energy consumed by commercial buildings.i Office building managers can reduce electricity costs and greenhouse gas emissions by using renewable energy sources, such as solar power.

Mitchell International is a leading technology and related services vendor in the auto property and casualty claims and workers' compensation insurance sectors.

In early 2016, Mitchell International began working with the Green Solutions Platform (GSP) team to evaluate and implement a rooftop solar project on its San Diego headquarters building. The team prepared a full technical request for proposal that was submitted to five vendors. The resulting proposals were evaluated on a life cycle cost-benefit basis, and the winning proposal was selected in mid-2016. The project was switched on in January 2017 and has been supplying clean energy to the Mitchell building since then.

The rooftop solar installation began producing power in the beginning of 2017. Full-year performance results will be available in 2018. As of the first half of 2017, the rooftop solar project had produced more than 292,000 kilowatt hours (kWh) of electricity and avoided more than 140 metric tons of greenhouse gas emissions.

The project is on track to achieve the targeted results of producing more than 590,000 kWh of electricity and avoiding more than 200 metric tons of greenhouse gas emissions annually. This is expected to reduce Mitchell’s annual electrical utility cost by approximately 25 percent.

Mitchell International began working with the GSP team in 2016 and expects to report full-year results from the solar installation in 2018.

Unless otherwise noted, portfolio company data represents 2016 results, published in October 2017. These case studies may contain forward looking statements including descriptions of planned projects and projected results and savings. These statements are subject to the risk that the projects will not develop as planned or at all or that projected results and savings are not realized.