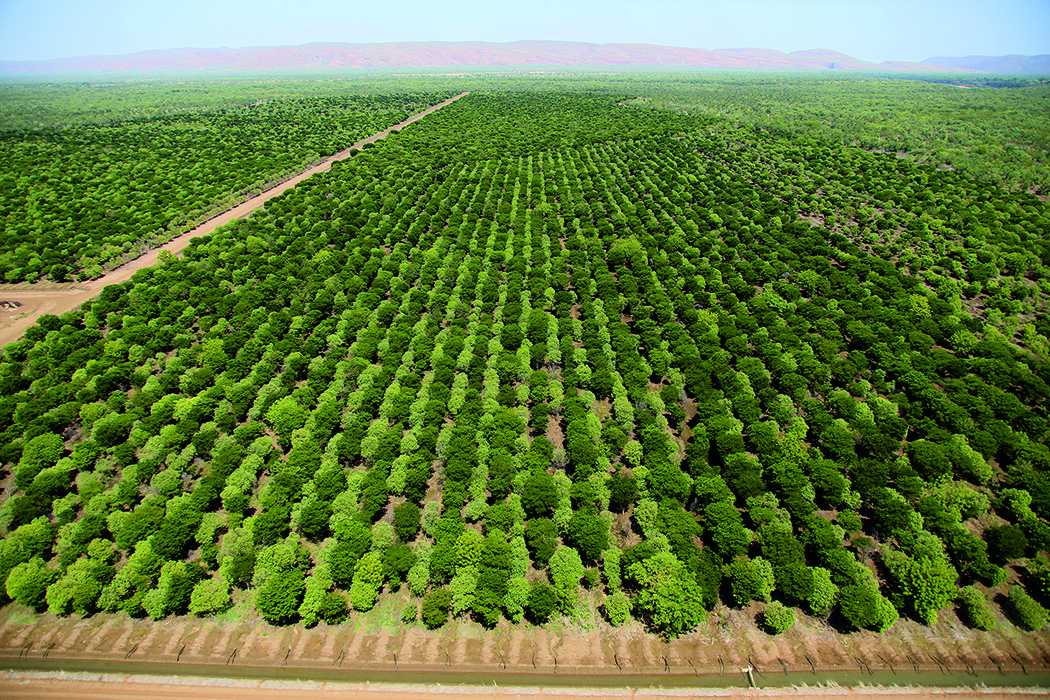 Began planting trees in the late 1990s and harvested first trees in 2014.

Indian sandalwood oil (Santalum album) is a sought-after commodity that is used in fragrances, cosmetics, furniture and more, but the high demand has led to unsustainable and unauthorized harvesting practices, resulting in exploitation, deforestation, and crime.i,ii Consequently, this species of sandalwood is currently listed as vulnerable and at risk of becoming endangered.iii These challenges make it difficult for customers to acquire a sustainable supply of sandalwood oil.

Santanol is a sandalwood plantation manager, managing approximately 2,200 hectares of Indian sandalwood in northern West Australia (Kununurra). Sandalwood, and its oil, is used in perfumes, carvings, incense, toiletries, and medicine amongst other products.

In order to manage the negative impacts of sandalwood harvesting, Santanol has developed a protected plantation approach over the past two decades in Kununurra, Western Australia, which is helping provide a more sustainable, ethical, and reliable supply of this key ingredient for customers, including perfumers. Several factors differentiate Santanol’s approach:

Since its first harvest in 2014, Santanol has harvested several tons of Indian sandalwood. The oil is now used in the flavor, fragrance, aromatherapy, and body care industries. Santanol conducts research as well as a development and breeding program to continuously improve growth rates and oil content. In order to ensure an ongoing supply, the company aims to replant at least 40 percent more seedlings than it harvests every year. Santanol also focuses on broader environmental efforts, such as conserving natural resources by using a water-efficient irrigation system and a clean source of energy in its new distillation factory, and social efforts, such as the implementation of an aboriginal engagement plan beginning in 2016.

Santanol seeks to become the leading global supplier of ethical, sustainable, and reliable Indian sandalwood by expanding the size and efficiency of its plantation while continuing to develop commercial-scale operations supported by its new oil distillation facility in Perth, Australia.

iv Self-reported portfolio company data is not calculated, reviewed or independently verified by KKR or KKR Capstone. For more information regarding the results methodology for companies evaluating their own data, please see the methodology section. There is no guarantee that any GSP-related avoided costs or added efficiencies will positively impact the portfolio company’s valuation or performance.