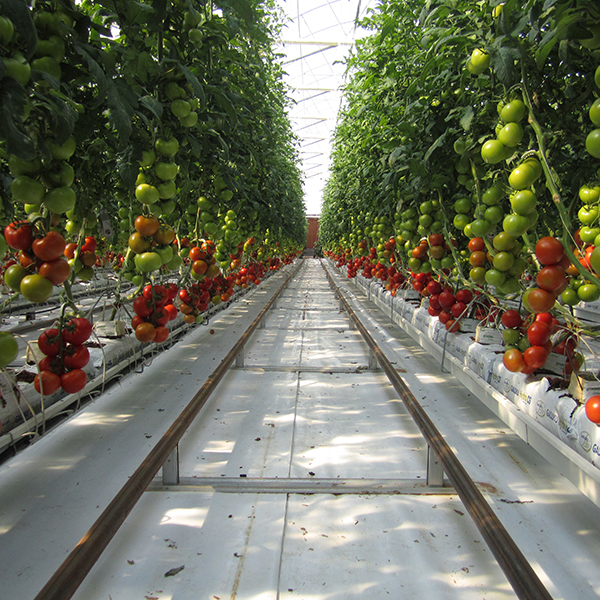 Completed the construction of its 20-hectare facility in 2016.

Seeded the glasshouses with tomatoes in April 2016.

The agricultural sector can consume significant amounts of resources, including water and energy. In particular, the agricultural sector consumes about 69 percent of the planet's fresh water.i Recent estimates show that greenhouse gas emissions from agriculture, forestry, and fisheries have nearly doubled over the past 50 years and could increase an additional 30 percent by 2050.ii

Sundrop Farms (Sundrop) is a specialized developer and operator of protected cropping installations designed for regions that have traditionally been unsuitable for agriculture. Headquartered in Adelaide, Australia, and London, England, Sundrop’s inaugural farm is located in Port Augusta, Australia.

In Australia, the system developed by Sundrop uses solar energy to cool, heat, and power a high-tech farm, and also to desalinate seawater for irrigation. The company has proprietary technology and knowledge to develop and operate facilities globally in areas that traditionally do not grow crops, often due to little or no access to arable land, fresh water sources, or grid energy. In 2016, Sundrop Farms completed the construction of its 20-hectare facility. The glasshouses were seeded with tomatoes in April 2016, with the first harvest expected in the third quarter of 2016.

Sundrop Farms began participating in KKR's green program in 2015 and is expected to communicate preliminary results of its larger facility’s 2016 harvest in 2017.

More information about Sundrop Farms’ approach to the challenge of feeding the world’s growing population can be found on the company’s website.