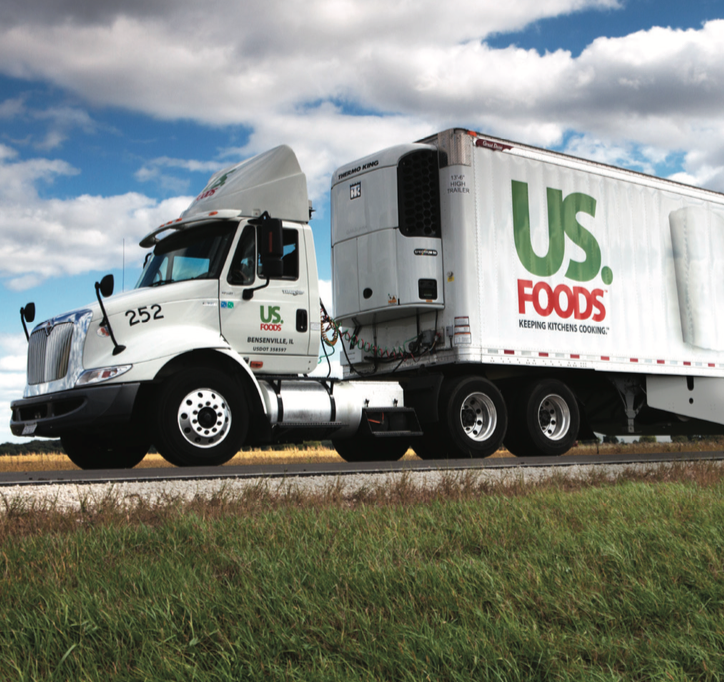 Avoided $50.4 million in electricity costs through improvement in its distribution centers since 2008.

Avoided $52.5 million in fuel costs through improved performance of its distribution fleet since 2007.

Monitors and manages driving practices, such as idle time, to improve efficiency of its fleet.

Storing and distributing food and food products to customers throughout the United States requires a significant system of distribution centers and distribution vehicles. Many food products must be maintained at specific temperatures, requiring 24-hour cooling in warehouses and on delivery trucks, both of which have a considerable energy demand and associated greenhouse gas emissions.i Therefore, managing energy and fuel use during these operations is a key issue for foodservice distributors.

US Foods is committed to raising the bar in foodservice by developing more efficient facilities wherever possible and has demonstrated this by achieving a LEED Silver designation for its Austin, Texas, distribution center and by pursuing a similar designation at its new facilities in Jackson, Mississippi, and Seabrook, New Hampshire.

In 2015, US Foods continued improving the energy efficiency of its distribution centers by implementing or continuing a number of practices, including:

Since 2008, absolute greenhouse gas (GHG) emissions from distribution centers have increased by almost 8 percent, primarily due to the addition of 20 facilities to the data scope starting in 2013. Meanwhile efficiency has improved by approximately 22 percent (GHGs/square foot) against a 2008 baseline. The improvement in efficiency helped US Foods to avoid almost $50.4 million in electricity costs and approximately 274,200 metric tons of GHG emissions since 2008.

In 2016 and beyond, US Foods is continuing to focus on facility efficiency and is currently considering or actively implementing the following additional practices:

US Foods operates one of the largest private trucking fleets in the country and continues to reduce the environmental impact of its operations by investing in infrastructure, technology, and protocols that help reduce vehicle emissions.

In 2015, US Foods improved delivery fleet efficiency through a number of practices, including:

US Foods will focus on the efficiency of its fleet and is considering or actively implementing additional improvements, including:

US Foods has participated in KKR’s green program since 2008 and is communicating results in the eco-efficiency category for the sixth time. For more information on US Foods’ commitment to corporate responsibility, please visit its Corporate Citizenship program website.

iii Reported results are based upon data provided by the portfolio company, and have not been reviewed or independently verified by KKR or KKR Capstone. KKR may calculate the figures presented in an effort to ensure calculation methodologies are consistently applied across companies in the Eco-Efficiency category. For more information regarding KKR’s calculations, please see the methodology section. There is no guarantee that any GSP-related avoided costs or added efficiencies will positively impact the portfolio company’s valuation or performance.

Unless otherwise noted, portfolio company data represents 2016 results, published in October 2017. These case studies may contain forward looking statements including descriptions of planned projects and projected results and savings. These statements are subject to the risk that the projects will not develop as planned or at all or that projected results and savings are not realized.